I am because we…

I am because we are

This is a virtual token of appreciation and  support for the project  Ubuntu Nation.

This is a virtual token of appreciation and  support for the project  Ubuntu Nation. 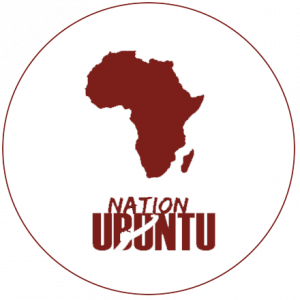 The project Ubuntu Nation is located next to the Dzaleka Refugee Camp, placed in the highlands an hour away from the capital city of Lilongwe, Malawi. Currently, the camp has over 38,000 refugees and this number keeps growing. Most of the refugees experienced traumatic event before arriving at the camp, sometimes fighting for their own survival and the survival of their children.

The refugee camp has existed for 24 years, despite being built as a temporary measure in a moment of crisis. There is not enough food to go around, and the vast majority of children and young people have no access to education. There are no job opportunities within the camp, and refugees are not allowed to look for work outside its borders. 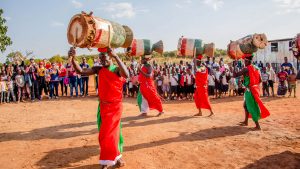 FWB-CA is working with the project leadership to enhance the Ubuntu Choir. The Ubuntu Choir was created with the intention to musically stimulate the refugees with singing and playing an instrument, increasing their wellbeing, sense of purpose and strengthening their mental health.

One of the biggest challenges is the refugees’ lack of authorization to work in the country which makes it impossible for them to support themselves. Due to this situation, another goal of the choir is to provide its participants with some monthly supplies and financial aid. Currently, each refugee is given 1 kg of soy meat, one soap bar, and $4 CAD per month. Unfortunately, this isn’t enough for daily necessities. FWB-CA is currently engaging the Canadian community to sponsor 100 other participants in the next 24 months.

The creation of the Ubuntu Nation community center was coordinated by Fraternity Without Borders – Brazil. Since September 2018, volunteers have been working to develop the project and offer vulnerable children, young adults, Malawians and refugees in the camp a better quality of life through peaceful coexistence in our proposed Ubuntu Nation.

Currently the choir has 120 participants and a waiting list. The rehearsals are held in the Project Ubuntu Nation (funded by Fraternity Without Borders – Brazil). The conductress, Raissa, a refugee from Congo, is the artistic coordinator of the Ubuntu Choir. The group performed at the Annual Tumaini Festival (annual event of all nations in the Dzaleka’s refugee camp). Performances will be ongoing as opportunities arise.

We use cookies on our website to give you the most relevant experience by remembering your preferences and repeat visits. By clicking “Accept All”, you consent to the use of ALL the cookies. However, you may visit "Cookie Settings" to provide a controlled consent.
Cookie SettingsAccept All
Manage consent

This website uses cookies to improve your experience while you navigate through the website. Out of these, the cookies that are categorized as necessary are stored on your browser as they are essential for the working of basic functionalities of the website. We also use third-party cookies that help us analyze and understand how you use this website. These cookies will be stored in your browser only with your consent. You also have the option to opt-out of these cookies. But opting out of some of these cookies may affect your browsing experience.
Necessary Always Enabled
Necessary cookies are absolutely essential for the website to function properly. These cookies ensure basic functionalities and security features of the website, anonymously.
Functional
Functional cookies help to perform certain functionalities like sharing the content of the website on social media platforms, collect feedbacks, and other third-party features.
Performance
Performance cookies are used to understand and analyze the key performance indexes of the website which helps in delivering a better user experience for the visitors.
Analytics
Analytical cookies are used to understand how visitors interact with the website. These cookies help provide information on metrics the number of visitors, bounce rate, traffic source, etc.
Advertisement
Advertisement cookies are used to provide visitors with relevant ads and marketing campaigns. These cookies track visitors across websites and collect information to provide customized ads.
Others
Other uncategorized cookies are those that are being analyzed and have not been classified into a category as yet.
SAVE & ACCEPT
×