Encourage the practice of fraternity, with no geographic or religious restrictions, bringing people together to assist children in the most vulnerable places in the world.

Our goal is to “shake up the world” with the idea that millions of people, each helping a little, can end hunger and uphold the lives of families living in extreme poverty.

We want to encourage people with the confidence that it is possible, indeed, to make a better world: goodness only needs to act. This is the essential message of the FWB.

Because Fraternity is one of our values, you can expect to be treated with respect and acceptance by the FWB. 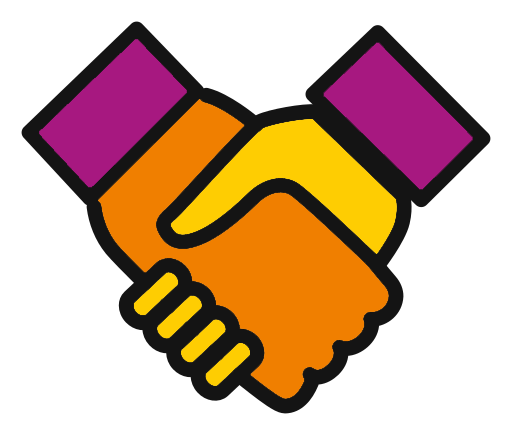 Because Self-Reliance & Self-Esteem promotion is one of our values, we respect and consider its different cultural and religious aspects.

Because Spirituality is one of our values, we respect the spiritual convictions of others, always seeking harmonious coexistence.

Sustainable is one of our values, we fulfill our attributions and responsibilities with dedication and excellence.

In Africa, we open and maintain shelters, where we offer food, hygiene care, pedagogical, cultural and vocational training. We support the elderly with food and housing construction. We are drilling artesian wells in African villages and, with the arrival of water, we started sustainable food cultivation, empowering young farmers and involving children in environmental education activities.

In Brazil, children diagnosed with a rare disease called Epidermolysis Bullosa receive special treatment and care from the Garden of Butterflies project, in Caculé, Bahia. The disease that strikes the skin is severe, non-contagious and incurable, leaving wounds that are sensitive even to water. The Fraternity Without Borders-Canada (FWB-CA) has embraced this initiative to help maintain this work full of love and hope.

A calling from the heart

Fraternity Without Borders was founded in Brazil after a calling from the heart. Wagner Moura, the founder, and president of FWB, was still a child when he found himself crying over the hunger in the world. That pain accompanied him through his youth and awakened in him the desire of helping those in need. As an adult, he began volunteering in unprivileged areas in his city, Campo Grande. However, that was not enough for him as Wagner wanted to do more for humanity, so he decided to go to Africa.

From those early days until today, a series of fortunate events have been leaving the hallmarks of fraternity and love in Africa, helping us build a better world.

FWB was brought to Canada in 2017 by the international relations director, Andrei Moreira, who visited the country and engaged fraternal hearts to the movement. The movement started with small initiatives to raise funds for the organization in Brazil.

On November 1st, 2019, FWB-CA was founded by a group of volunteers. Registered as a non-profit organization within Innovation, Science and Economic Development Canada. It is in the process to become a registered charity organization.

OUR TEAM IN CANADA

Thanks to many willing hearts our movement of love has increased a little more every day. We are a family formed by volunteers united by the same purpose: a world without hunger and with more love.

BECOME PART OF THE TEAM
We use cookies on our website to give you the most relevant experience by remembering your preferences and repeat visits. By clicking “Accept All”, you consent to the use of ALL the cookies. However, you may visit "Cookie Settings" to provide a controlled consent.
Cookie SettingsAccept All
Manage consent

This website uses cookies to improve your experience while you navigate through the website. Out of these, the cookies that are categorized as necessary are stored on your browser as they are essential for the working of basic functionalities of the website. We also use third-party cookies that help us analyze and understand how you use this website. These cookies will be stored in your browser only with your consent. You also have the option to opt-out of these cookies. But opting out of some of these cookies may affect your browsing experience.
Necessary Always Enabled
Necessary cookies are absolutely essential for the website to function properly. These cookies ensure basic functionalities and security features of the website, anonymously.
Functional
Functional cookies help to perform certain functionalities like sharing the content of the website on social media platforms, collect feedbacks, and other third-party features.
Performance
Performance cookies are used to understand and analyze the key performance indexes of the website which helps in delivering a better user experience for the visitors.
Analytics
Analytical cookies are used to understand how visitors interact with the website. These cookies help provide information on metrics the number of visitors, bounce rate, traffic source, etc.
Advertisement
Advertisement cookies are used to provide visitors with relevant ads and marketing campaigns. These cookies track visitors across websites and collect information to provide customized ads.
Others
Other uncategorized cookies are those that are being analyzed and have not been classified into a category as yet.
SAVE & ACCEPT